I've seen some transluscent Chesterfield inlays on some guitars made between 1976-78. The pearloid material is clear enough so you can see the 3-piece neck construction right through it. In the photo below you can see the maple stringer running down the center of the inlay. I'm guessing Guild got a low quality batch of material or perhaps there is another reason (thickness of material used, reaction with glue or finish). Anybody know? 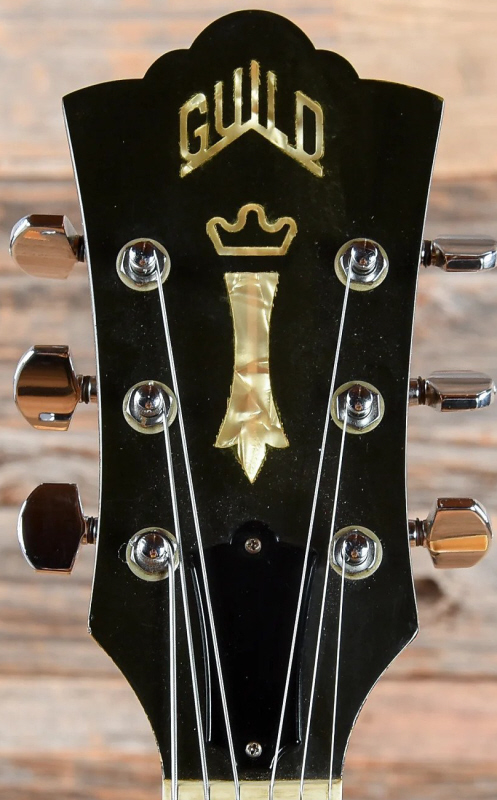 My ‘74 F-40 is exactly the same, and I’m pretty sure this material was introduced even earlier.

bobouz said:
My ‘74 F-40 is exactly the same, and I’m pretty sure this material was introduced even earlier.
Click to expand...

Thanks! And I just found one from 1982 (below) so the range of years is much broader than I thought. 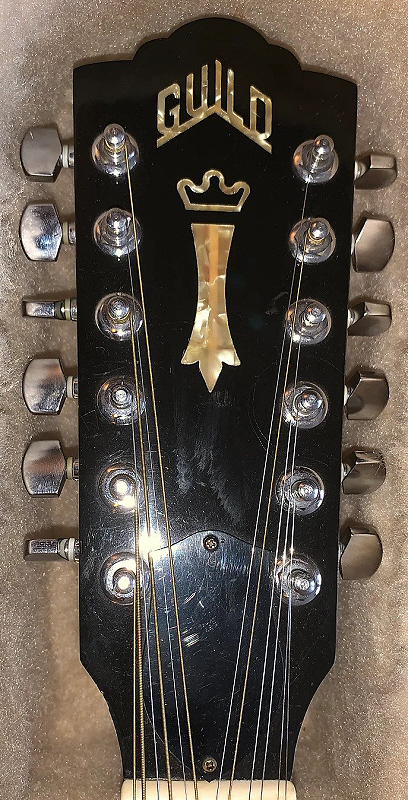 I wonder if this is a thickness thing.

That is SO COOL!!! I like being able to see through it, although it could be thought unfortunate with the 3 piece neck design. I can't seem to see it in the "crown" part of the Chesterfield or the rooftop logo part either. Were they made of different stuff, or maybe the thickness wasn't the same?

It seems the more inclusions or luminescent parts tend to make it difficult to be seen but the all one direction and clear shell portions are just like a window. I'd say it's the actual shell itself that allows or doesn't, the stripe to be seen. Take the top example, the bottom half of the chesterfield looks fine, but the upper part with less "luminescent" spots allows you to see through.

For “fake” inlays, I’ve always thought Guild’s from this era are some of the most attractive because of the coloration & visual depth.

Usually on 60ies Guilds there was a sheet of maple plywod (?) or some similar material under it.

Example of a removed 60ies overlay and you still see remaining pieces of the "maple barrier layer" on it: 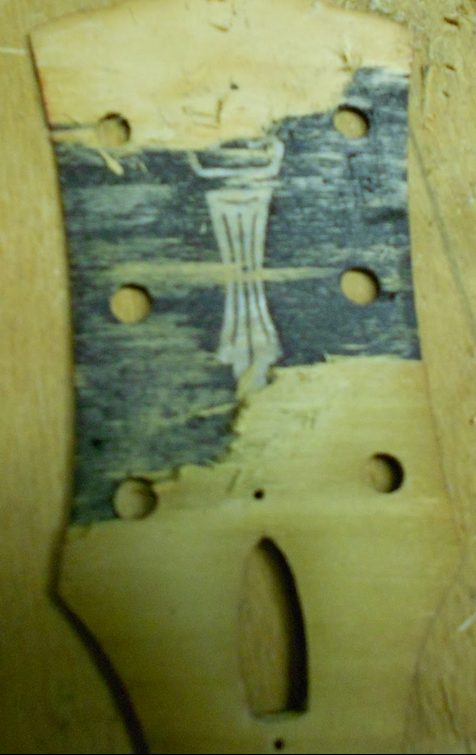 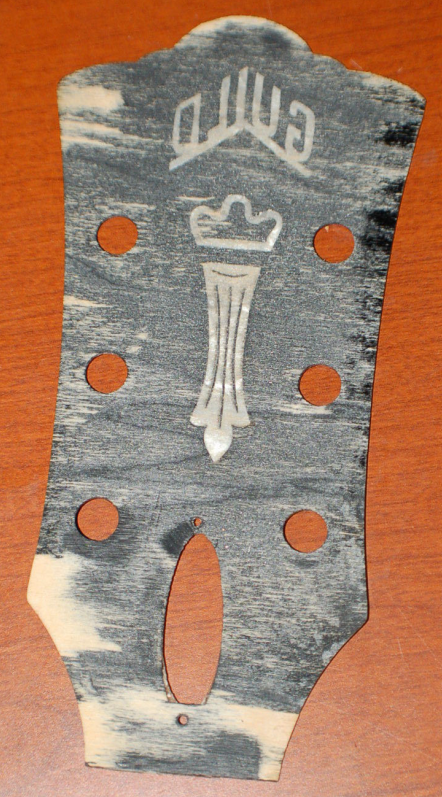 Here you see the new overlays with the attached "barrier layer" on the back (I marked them). So they came to the factory as a two layer sandwhich, one layer black celluloid and below the glued on barrier layer. That also helped speeding up to glue the veneer easier on the headstock as you now only had a wood to wood connection instead a celluloid to wood connection I think. 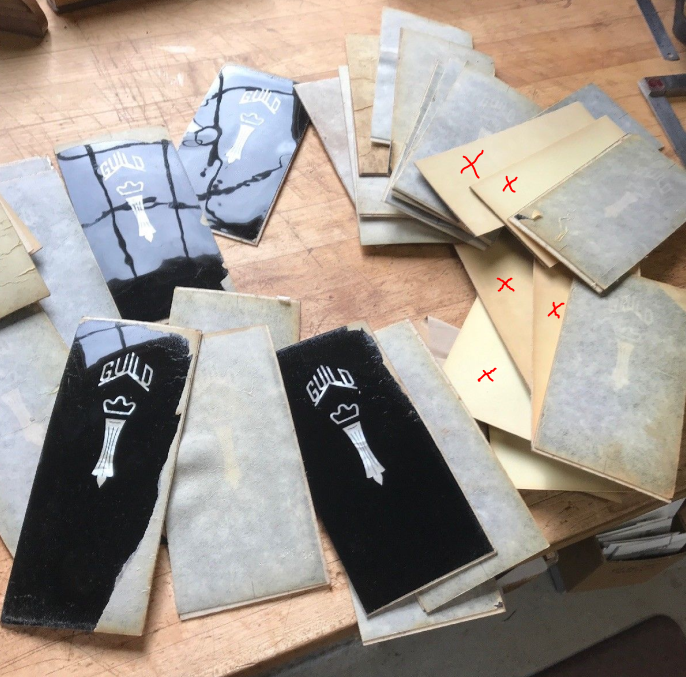 On those shrunk overlays you can see the sandwhich construction. First the very thin black celluloid which in that case was peeling away the roughly 1mm thick maple (or whatever material it is), in that case still with the red color on it. The bare wood visible is the mahogany headstock. 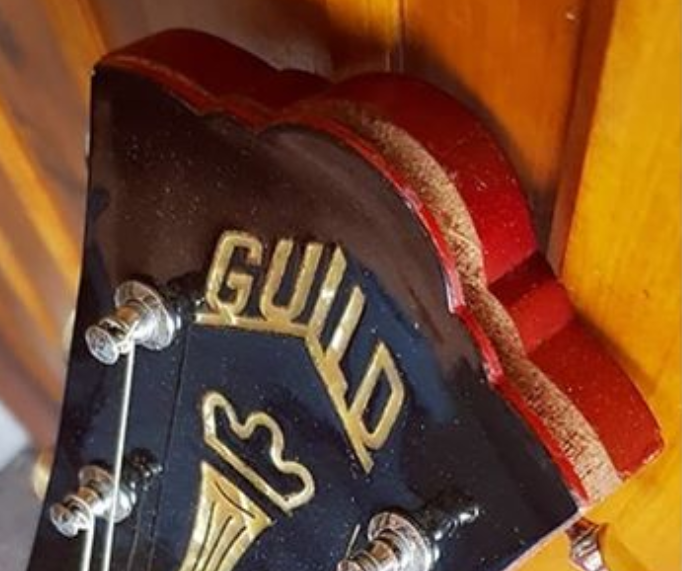 In the below example only the black celluloid shrunk and the maple (or whatever light material) layer is still firmly attached to the mahogany headstock:

So it was news to me seeing guitars where the black veneer was glued directly on the headstock without that layer in between.
So I only can guess that this happened at a time when the factory stopped using black celluloid veneers and replaced them with other black material for the headstock veneers. Somehow the in between layer got missing...