After picking up my new-to-me 1967 Sunburst SFB-I from it's fret-leveling session, I decided to waste no time and take on the dread tone-suck circuit. I figured I'd make some recordings to finally, once-and-for-all demonstrate exactly what we all already know is going on there.

To my surprise, the pots, switch, and caps had been replaced at some point with CTS and .022uF Sprague Orange drops. Was a clean job and they essentially rebuilt the original Guild harness. Not sure if the resistor was original or replaced, but I'm pretty sure it was to factory spec. I snapped a few photos of what the harness looked like before I snipped it.

Somewhat unimportant to this post: I didn't want to have a useless switch in my bass, so I made it an alternate-capacitor switch for the tone pot. I simply wired the switch in between the tone pot lug and the capacitors (two Sprague .022uF caps, totally .044uF) and in parallel, wired a 102k (.001uF) cap. These tiny caps are sort of a secret weapon in my mind. They might not be super useful as a traditional tone control cap, but it does cut out a notable amount of hiss/noise from the single-coil and from bad ground wiring, like I have at my house and have encountered at a lot of bar gigs. I also like to do some tone-sculpting with my Alembic SF-2 Superfilter, which is so powerful in it's boosting capabilities that this type of hiss/noise can become a real pain in the ear, so it's nice to be able to roll off some of it without really affecting the tone of the bass.


The Meat of the Experiment:

Many vintage Guild Starfire basses came equipped with a push-button on/off switch that was advertised as a "bass boost" but is more commonly referred to as the "tone-suck" or "tone-dump". It consisted of an extra capacitor, resistor, and a choke, which looks like a little transformer and is housed underneath the neck pickup.
Though this tone circuit allows the user to choose between two significantly different tones, the problem was that there was no bypass, so no matter whether it was in the up or down position, the pickup of the bass was not allowed breathe or give us 100% of what it has to give, which is the big burly holy grail Hagstrom Bisonic tone Starfire enthusiasts are typically looking for.
This clip demonstrates the big difference attainable by removing the circuit.

**FOR BEST RESULTS LISTEN WITH GOOD HEADPHONES OR STUDIO MONITORS**

What you will hear:

Disclaimer: this clip was recorded with brand new flatwound strings that have not had a chance to break in yet, so they do have a little bit of that bright/nasal thing going on, but it doesn't really interfere with the impressive contrast between the three sounds 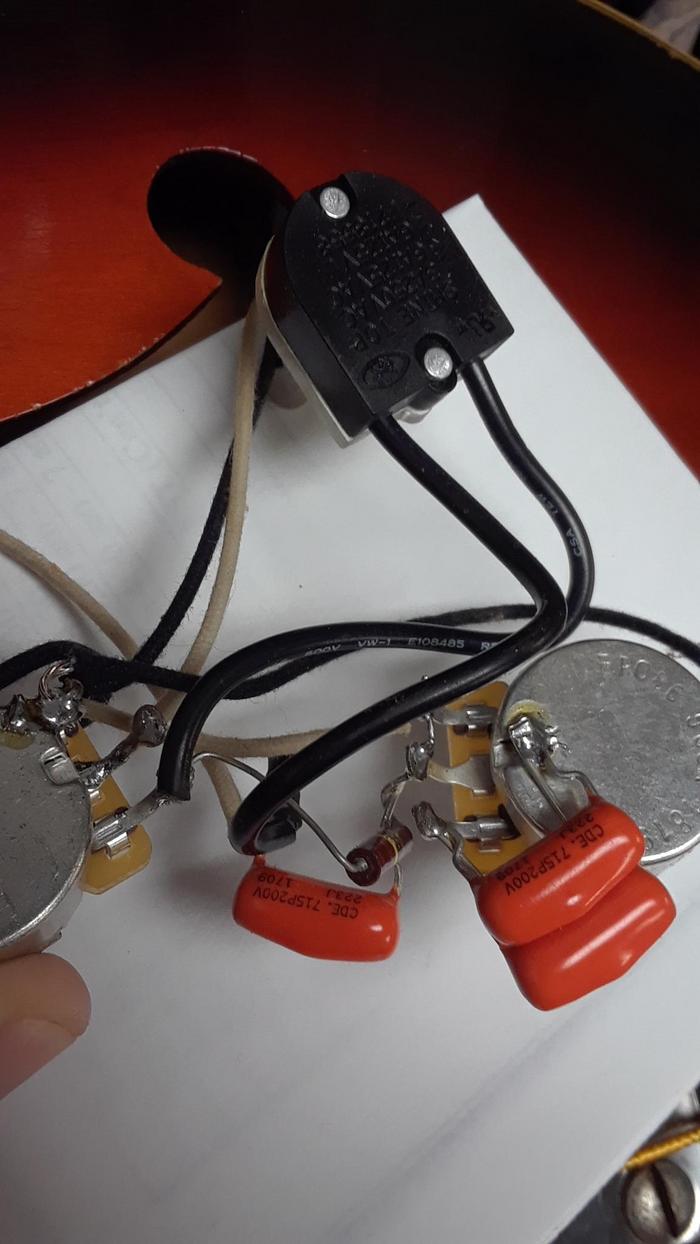 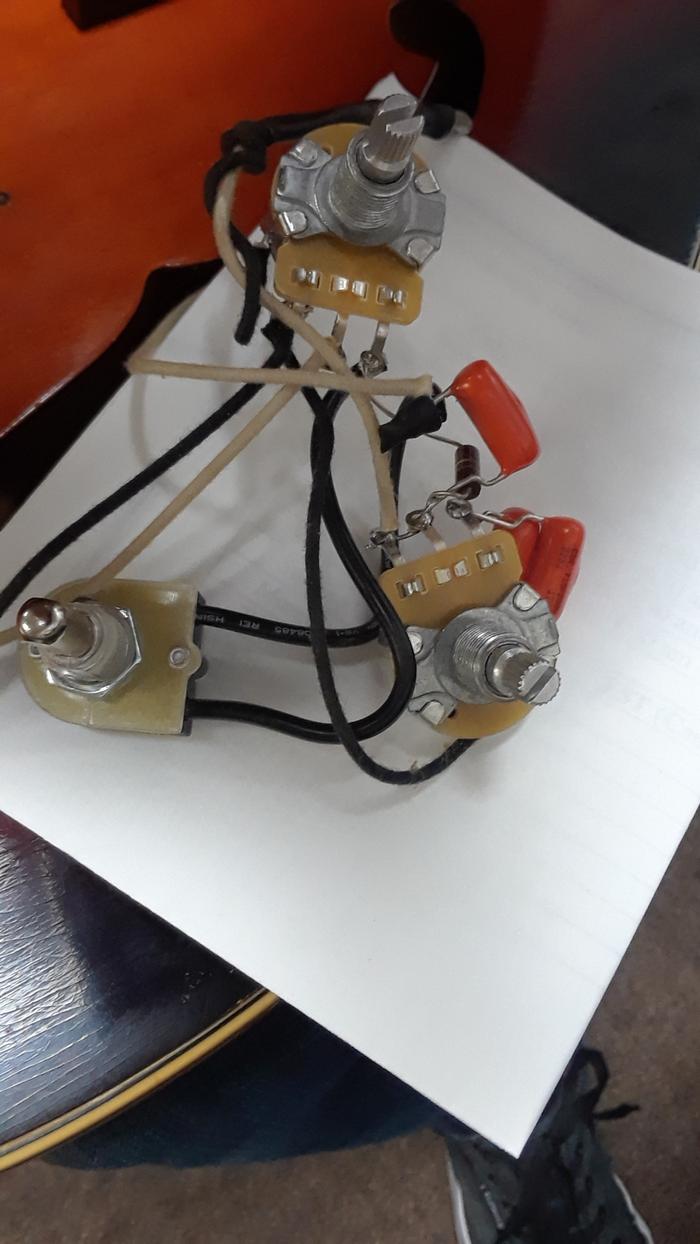 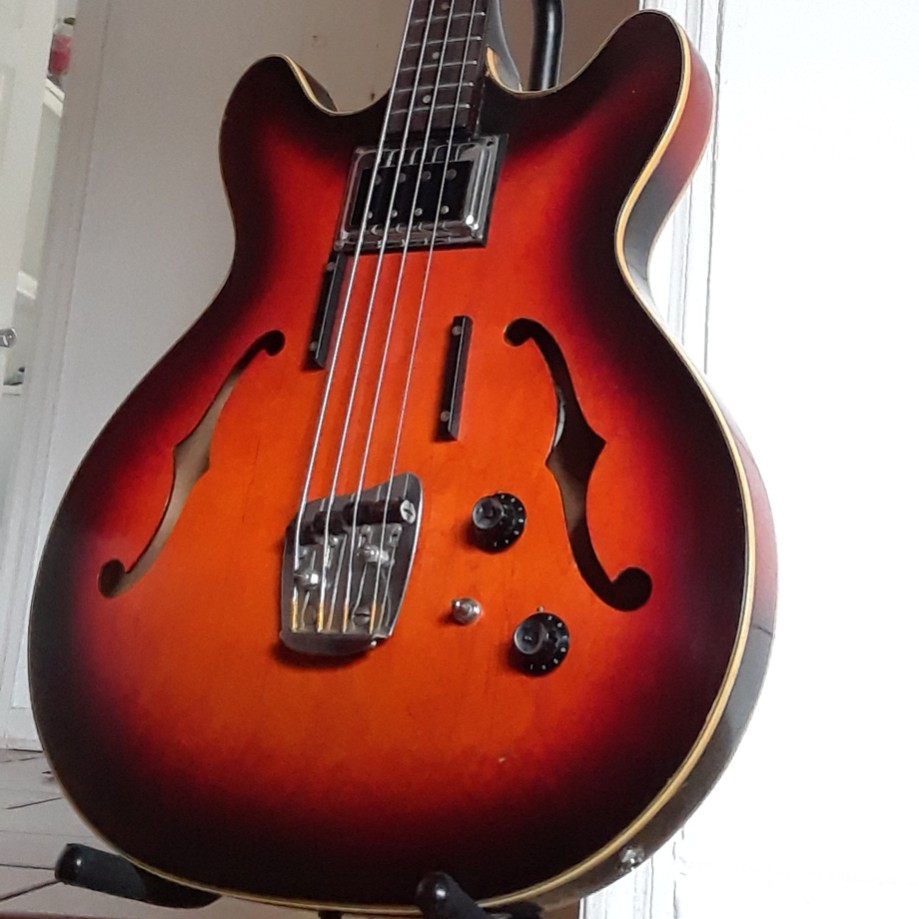 Thanks for the comparisons! Wow. Big differences.

I could see myself always using the two positions of no suck and suck position 1 on the bass depending if I wanted a woody bright tone (pos 1) or the more full tone (no suck) for a given passage.

I don't think I would find myself ever using suck 2 at all. That just sounds too thin and more transistor radio like.

I actually kind of like the pillowy, scooped-mid tone of suck position 2, except for how quiet it is. I think it could be great for acoustic session contexts. I'm debating taking the choke and building a little passive pedal with a bypass on/off switch and some step-up transformer to bring the volume up but keep the general tone. Not sure how plausible this is, but there's also the option of an active buffer circuit. Will have a chat with one of my more knowledgeable electronics/wiring friends.

I have a Tonestyler in my Starfire which gives 16 different tones all at the same volume. They don't make the 16 anymore but they still have the Bass 10 and Guitar 10. Can get ten tones. Stellartone told me to use the Bass 10 if you desire more deep dub/reggae type low tones and the Guitar 10 version if you don't need that low but like brighter bass tones.
Seems like you can get three tones with the setup you have now but can get 10 with the Stellartone, and no transformer needed. Just wire the harness as volume/Tonestyler. Simple and massive tone options. I keep my amp eq at Bass 5, hi/mid all on 10 and I can get crazy different tones that way. Just a thought if you want even more tonal option, but in a simple harness package. Highly recommended.

A few years back I was actually going to buy one of the tonestylers for my 1970 Starfire, but the measurements were too big to fit through the F-Hole. How did you fit yours?
I've wired up tons of mid-notch filter and varitone controls in project basses, but now that I have my Alembic SF-2 Superfilter.... there's really no tones I can't dial in with that. I just thought it could be an interesting/fun project to implement the Starfire choke circuit in a box and play around with different capacitors and resistors... maybe even throwing in a 10 position rotary switch. Sometimes I do these types of wiring experiments more for the process than the actual outcome. Sort of a form of meditation for me. Brain exercise and always a learning experience!

I went through the "barn door". The hole factory cut from my pup cavity into the open lower bout chamber (2013 NS Starfire). I widened the hole a smidge because nothing would fit thru my f-fole in or outwards, or the barn door either. It was a mystery. After filing a little, the old harness and new harness both fit thru barn door with ease. There is a thread here about it when I did it last summer with pics.

It is always fun to tinker and upgrade and explore the sounds one can get from the instrument. Very satisfying when it turns out better than original!!!

lungimsam said:
I went through the "barn door". The hole factory cut from my pup cavity into the open lower bout chamber (2013 NS Starfire). I widened the hole a smidge because nothing would fit thru my f-fole in or outwards, or the barn door either. It was a mystery. After filing a little, the old harness and new harness both fit thru barn door with ease. There is a thread here about it when I did it last summer with pics.

It is always fun to tinker and upgrade and explore the sounds one can get from the instrument. Very satisfying when it turns out better than original!!!
Click to expand... 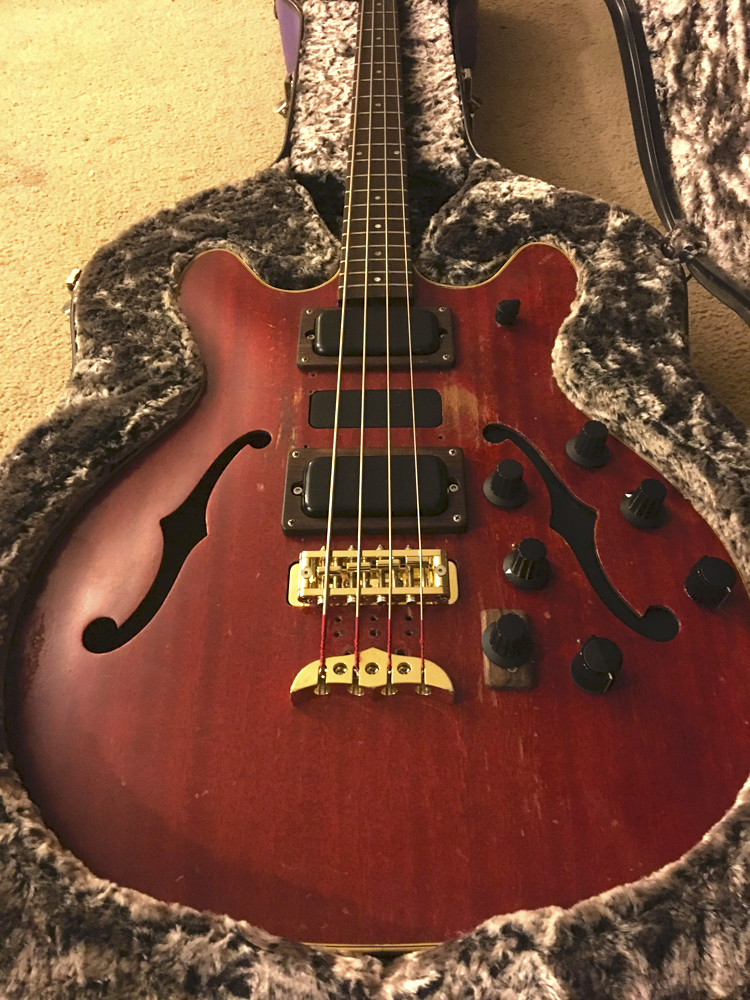