I’ve been looking for a pre-war archtop for quite a while. I came across this 1935 Gibson L-50 at the excellent Tall Toad music store in Petaluma CA. Unfortunately, they didn’t have much information about its history. A couple of small cracks in the back have been professionally repaired. It plays and sounds like a dream. ‘35 L-50’s have a raised fingerboard like an L-5; coming soon, a DeArmond rhythm Chief. color me very, very satisfied. 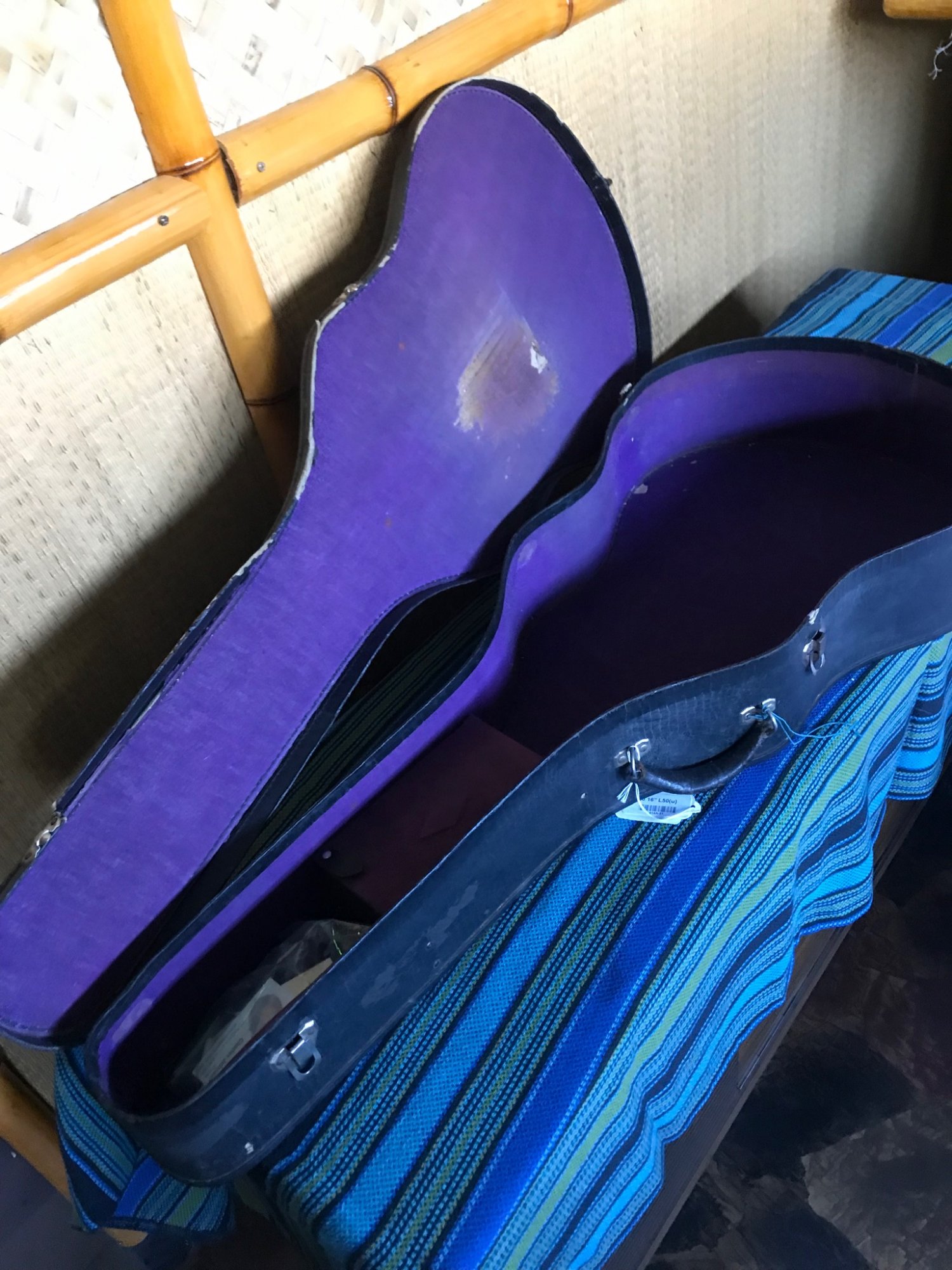 somehow, this guitar survived 86 years in this crap case!

Sweet! That is a beauty!

Seriously sexy! What a nice find. How does it play and sound?

HeyMikey said:
Seriously sexy! What a nice find. How does it play and sound?
Click to expand...

I cannot believe how easy it plays; it has a 1 3/4 neck, so fretting is easy for my big fingers. The soft V neck is very comfortable. It sounds, well, authoritative; serious deep rich sound. I feel like (but certainly don’t play like) Blind Blake.

Not understanding comments like "somehow the guitar survived 86 year in this crap case" and on my S100 with super cherry original deluxe lined chipboard case "I'm surprised the guitar is in that good shape given the awful (though likely original) chipboard case."

In both cases - no pun intended - the only reason the guitar is/was in that condition was because of that case. That case has been on the job protecting the guitar for decades, and if that's what came with it, then it's the original case to boot, adds value to a collectible guitar.

I've had several vintage Guild acoustics in the tarted up chipboard cases with the elaborate sewing around the edges of the lid, all in stellar condition after decades in said cases. It's a case for rejoicing.

At the same time, legions of guitars have been damaged in harder cases, the Les Paul Rhythm/Treble switch taking a hit (extremely common), snapped headstocks after falling over because people stand them up on their case feet, absent from most chipboard cases.

Give that old case some due for a job well done.

Love the case you're with.

I had a really sweet pre war L1 with no case at all. That's when you wish it had been in that "sub standard" case all those years, and this being before the internet, chances of finding the correct original case were nil.

Here's a '57 LP Jr. in the ultra desirable - and worth $1500 by itself - alligator chipboard case, the guitar is minty. Thank the case. The "awful chipboard case".

All original Les Paul 1957 Paul junior with original agitator case . Rare 2 piece mahogany back has a couple of dings there, neck and top clean . Un played so frets are perfectly okay . Feel is not chuncy but nice and round fits the hand nicely. You won't want to leave it alone play it all night ...

Guildedagain, I get your point; crap case is better than none; I should be happy it worked. this particular one has 1 hinge and 1 fastener. Who knows how long it’s been like that!

I'm going to have delivered a '41 L-50 later on in May. I'll report everything after it arrives. Also, waiting on a Guild GF-30 to arrive about the same time, later in May, from Richard Peterson, after I request him to ship it. Meanwhile, here's Joe Vinikow's description of my L-50. BTW, I'm selling my '46 Epiphone Emperor on Reverb.

Oh be still my heart!

Rich Cohen said:
I'm going to have delivered a '41 L-50 later on in May. I'll report everything after it arrives. Also, waiting on a Guild GF-30 to arrive about the same time, later in May, from Richard Peterson, after I request him to ship it. Meanwhile, here's Joe Vinikow's description of my L-50. BTW, I'm selling my '46 Epiphone Emperor on Reverb.
Click to expand...

Rich, I hope your L-50 makes you as happy as mine made me! Looking forward to seeing the photos.