Beatles: Peter Jackson Gives a Sneak Peek of Get Back

Film director, Peter Jackson, gives a sneak peek of The Beatles documentary, Get Back. It has been delayed by covid, but now he is back to work in the studio going through some 56 hours of unseen footage of The Beatles in their last days, stuff buried in vaults for 52 years.

‘I just can’t believe it exists’: Peter Jackson takes us into the Beatles vault locked up for 52 years

Ahead of his epic series Get Back, the director reveals the secrets of 60 hours of intimate, unseen footage of the Fab Four – and why it turns everything we know about their final days upside down

I watched the 5:51 preview in that clip and was amazed. It blows the theory of the premise of Let It Be all to hell. I actually started tearing up watching it, at the joy I saw onscreen. I can't wait to watch all three episodes.
M

Quite the score for Disney. They will make sure that this can only be watched with a subscription to their + service. Very unfortunate because I certainly will not sign up, even if the temptation is this film.

Agreed. I predict the DVD will be out soon, too much money possible not to get it to the general public ASAP.

I have a VCR tape (bootleg) of the original movie. This will be much much better!

I got to watch about 3/4' s of Part One last night at my niece's house. It's kind of slow moving, you really need to be a Beatles fan to enjoy it. It's amazing they ever got anything done!
W

A friend of mine watched Part 1 and described it as ". . . a Beatles colonoscopy."

Does that mean your friend didn't remember a thing about Part 1, once it was over?
T

Not a Beatles fan myself, but I found this today looking for one of my old LPs. Must have been originally stored in our old vacuum tube Grundig Stereo unit from Germany. 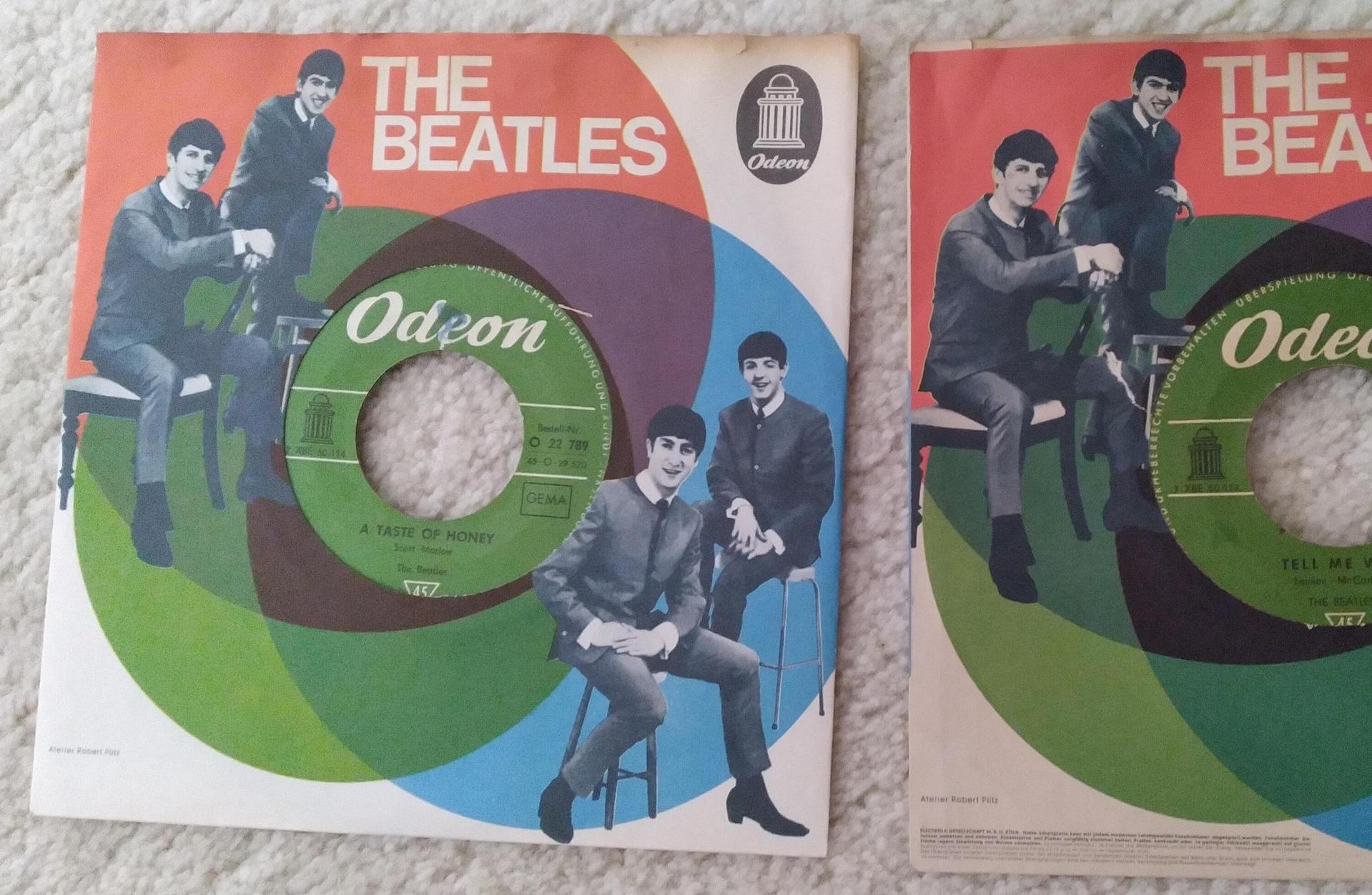 merlin6666 said:
Quite the score for Disney. They will make sure that this can only be watched with a subscription to their + service. Very unfortunate because I certainly will not sign up, even if the temptation is this film.
Click to expand...

Do what I do w/ most subscription streaming services....subscribe for a month for a whopping $7-9...and then cancel at the end of the month. I waited till season 2 of Mandelorian was over, then watched both seasons for the cost of 1 pub beer. Plan to do the same for this.

Interview with Peter Jackson, written by the niece of a friend (who's also a good singer songwriter-my friend, not her niece)
https://decider.com/2021/11/25/pete...UoeFBehfXoiYZzdfYRuyLFGfUqGOJ21NNNYlOtKhiUL1g

The Guilds of Grot said:
It's amazing they ever got anything done!
Click to expand...

There was an interview with George Martin towards the end of his life. It was obvious that he was a little bit bitter and was very hurt by John Lennon's outright rejection of him at the end of The Beatles. Martin had been the ring master at the circus for so long, struggling to keep things focused and picking up the pieces and assembling them into something coherent and presentable.

Lennon had a real desire to return to performing. He had a lofty vision of capturing pure performances of the band in the studio without Martin's tape wizardry (splicing together bits from multiple takes and overdubs) or "fiddling about" as Lennon called it. It was a grand idea. "But of course, they couldn't do it," Martin said.

Creativity, no matter how abundant, only gets one so far. Discipline, focus and hard work usually get things across the finish line. I suppose this is why studio musicians have jobs. Whatever you may or may not feel about the often seemingly mercenary/academic disengagement of studio musicians, they can, as a group, do a pure live-in-the-studio performance and get it on tape without mistakes with only a couple of rehearsals and one or two takes. Discipline, focus and hard work without creativity is usually quite dull, however - it is obviously not the answer in itself.
Last edited: Nov 27, 2021
T

The old vacuum tube Grundig stereo unit went through truckloads of needles playing Beatle records in the 60s. That old Grundig was pretty much party central in our house. Not being a fan of the Beatles, sometimes late at night, I would turn on the Grundig's shortwave radio to listen to music from Hawaii. Catching any Hawaiian radio station in Germany wasn't a given as it depended on what BBC was doing in the Pacific region on that day/week/month. One night, when I finally managed to find a Hawaiian radio station, they (the Hawaiian radio station) decided to take a break from Hawaiian music to play Beatle's music. BAH!

I ended up watching episode 2 last night and episode 3 today. I will have to circle back to #1 later.

We really enjoyed watching their creative process. I'm sure a lot of the hamming it up was for the cameras, but I think JL always was a bit of a cut up. Lots of other cool bits in there and I like that Jackson just used a lot of footage with no commentary. I don't want to spoil it for anyone so I won't recount any more of my favorite bits here.

I haven't played guitar in a few days what with hosting Thanksgiving here and having a house full for the last few days and all. I was just now downstairs playing Get Back, Oh Darling and Don't Let Me Down. When you watch the doc you will surely understand.

Jackson said in an interview that supposedly the original director, Michael Lindsay-Hogg, had quite a battle trying to record The Beatles, who did not like the cameras there. He used modern technology to cut through the guitars, amps, etc. to hear them talking privately.

He discusses it here:

Watched part one and thought it was very interesting. Looking forward to pert two and three.

I watched all 3 parts. I'm a Beatles fan, but not necessarily a Beatles fanatic, so for me some parts were boring. But there was enough material that was interesting, joyous, and even melancholy, to make the entire work insightful.

If I had my way, there would have been hidden cameras all around when they recorded either Revolver or Sgt. Pepper. Or both!