I inherited a 1976 D-35 (sunburst finish, uncommon for this model as far as I can tell). Looking up similar instruments on Reverb and elsewhere, I see some listed as "D-35 Bluegrass" and others simply with the model number. Does anyone know if these are in fact two different models, or is Bluegrass just a commonly added descriptor (like I understand "Capri" to be for the CE-100 models)?

My recollection, bound to be wrong and misleading, is that sometimes adding "Bluegrass" to a model name changed a spec - perhaps at the level of "Adirondack spruce" vs, "spruce" but sometimes not. Someone who knows the years and models better than I do can tell me I am full of nonsense.

That said, the internet is full of sellers who describe Guild guitars differently than Guild described them at time of manufacture and full of Guild catalogs that have specs that are wrong, incomplete, inconsistent or were never made. So depending on what you want to know your best bet is to focus on the label (which is more likely to be correct) to determine "exact" model or post pictures and folks will tell you what we think you have and why we think that. 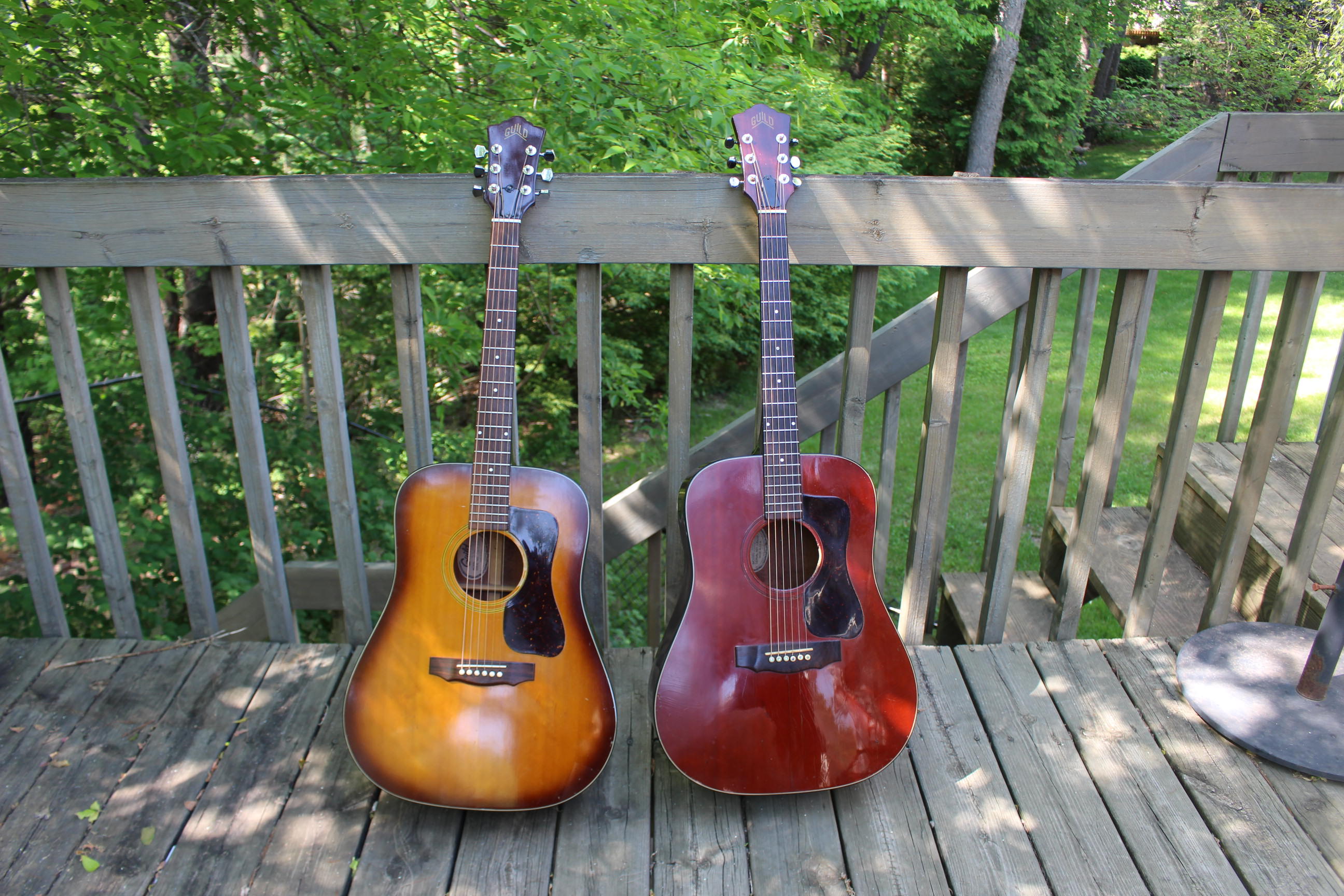 Later on, when Guild production was moved to Tacoma, WA in the mid-2000s, "Bluegrass" in the name was used to distinguish models that had Adirondak (Red) spruce soundboards (as far as I know, Adirondak spruce was not used by Guild prior to the move to Tacoma), and this naming practice was continued by the New Hartford factory.

So, if you are talking about Guild dreads from the 60s, 70s, and 80s, the term Bluegrass really has no distinctive meaning... it was just a marketing name or adjective.

Thanks, that's what I had guessed.

dreadnut said:
I don't believe my friend's '76 D-35 has the "Bluegrass" designation, it is just a D-35 Tobacco Sunburst.
Click to expand...

Except, for the sake of the OP's sanity, your buddy's axe is actually a D-35, the flat back being the distinguishing characteristic between the 2 at that time.
I'm sure you were focused on showing Stellerscrub a 'burst D35 and missed the typo.
:smile:

adorshki said:
Except, for the sake of the OP's sanity, your buddy's axe is actually a D-35, the flat back being the distinguishing characteristic between the 2 at that time.
I'm sure you were focused on showing Stellerscrub a 'burst D35 and missed the typo.
:smile:
Click to expand...