In my continuing search for a loose Mickey Mouse pickup, This example of the 63-64ish Guild single coil pickup popped up on ebay. It was not functioning, but I have a working copy on the S-50 that @AcornHouse sold to me. It's on it's way down from Maine, so it should be here in a couple of days.
Top view

Bottom view. Note the solderlug on the baseplate. I'm going to call this a probable Guild assembled, if not designed pickup, due to that feature. (Waiting to be Hans-ed)

Here's where it starts to get interesting. Something looks familiar to anyone else?
And it looks like Guild epoxied these pickups to stop squeal.
<edit>
After staring intently at it, it looks like the coil is covered by some sort of injection molded plastic. The four circular indentations look like ejection pin marks from the mold.

Default said:
Bottom view. Note the solderlug on the baseplate. I'm going to call this a probable Guild assembled, if not designed pickup, due to that feature. (Waiting to be Hans-ed)
Click to expand...

I have two early 63 franzes with what looks like the same bobbin!

Long time since I studied grammar, but if there is a verb (not Reverb) "to Hans", aren't the opportunities to conjugate it limited since only Hans can Hans someone?

fronobulax said:
Long time since I studied grammar, but if there is a verb (not Reverb) "to Hans", aren't the opportunities to conjugate it limited since only Hans can Hans someone?
Click to expand...

Default said:
Here's where it starts to get interesting. Something looks familiar to anyone else?
Click to expand...

Walter Broes said:
I have two early 63 franzes with what looks like the same bobbin!
Click to expand...

I was gonna say it looks Franz-eriffic!

In some of those the actor is Hans so they make my point.

While I understand that conjugation can involve more, the definition that was drilled into me in Middle School and High School Spanish was basically fill in the blanks


Using the more limited definition, the only thing that makes sense in the present tense is the third person singular because only Hans can Hans. Past tense, sure, but again Hans did the Hansing, not the object. Indeed I think grammatically "I Hansed" and "I was Hansed" are different roles of the verb "to Hans". But maybe the difference between roles is also "conjugation"?

I suppose my attempt at humor rested on a a way to teach languages in Middle School that was not universal enough for the humor to work. I am also a professional writer so I am not going to automatically defer to you unless you are going to beat me with "mine's bigger than yours" and pull out a royalty check.

Walter Broes said:
I have two early 63 franzes with what looks like the same bobbin!
Click to expand...

Wow! So, maybe Guild had the need for height adjustable pickups, say to allow for model or manufacturing variances, and the anti-hum wasn't ready yet. They had some in stock, so they got a cover and a baseplate and made it work?

Or, Franz made these and that is a Fransch part number?

Has a metal covered Franz.

"Fransch pickups (also known as Franz pickups) were used on 50's and early 60's Guild guitars. The Fransch pickup was patented by Charles Schultz (pat # 2911871, filed Sep. 14, 1954, patented Nov.10,1959). Fransch may be a pseudonym for perhaps FRANk SCHultz. Frank Schultz, was an electronics engineer, and owned a transformer, coil, etc., making company in the 50's and early 60's.

Fransch pickups really work on hollowbody Guilds, Guild freaks are really after these. The later Guild models have DeArmond pickups

Fransch pickups were manufactured in Astoria, Queens and first appeared on the 1953 Guild X-series archtops and the Aristocrat. They were very much hand-made pickups. Guild did not have exclusive rights and Franz sold pickups to other guitar manufacturers as well. They were very much handmade items, and somewhat crudely handmade at that. The bobbins were glued together, not molded, using a type of vulcanized rubber. The top and bottom bobbin pieces were cut at the corners to avoid snagging while winding. Unlike most of the day’s manufacturers, Franz had the foresight (at least for a time in the early 1950s) to create separate models for the neck and bridge, spacing the pole pieces accordingly.

Curtis Novak, who dissected many Franz pickups in preparation for his current reproduction, encountered widely varying readings from vintage models. Typical values are 4.6k for a neck pickup and 4.9k for a bridge. By 1959 DeArmond pickups started replacing the Fransch pickups on some Guilds. Original Fransch pickups are long out of production and highly sought-after which is why Curtis Novak offers accurate reproductions."

I tried many times to get more info Franz and Fransch, so far no success.
Fransch was in Woodside according to the pickup stamp and Franz in Astoria, according to Gilbert Diaz (see Hans book). Now both areas are in Queens and border to each other, so both are possibilities that it was one and the same company or two companies just in the same general neighborhood.

And yes, the Fransch Electric Company was most probably owned by Frank Schultz, the theory came from this great post of Ed Sharpe: 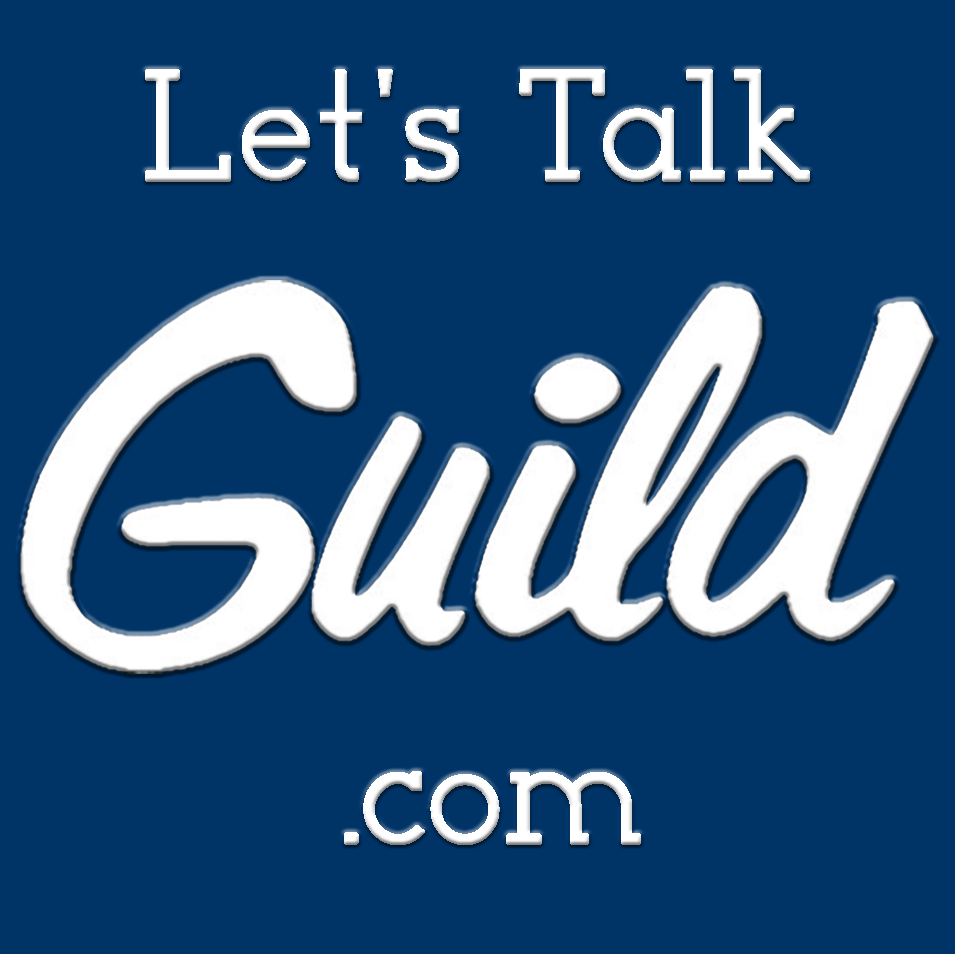 could a few guys here maybe measure the dc resistance. I did find a winder that rewound a dead franz pickup a while back. I think he would be willing to recreate that pickup if we can get some measurements. his website stated that it was very strong and bright though I think the strong part...

And that means Franz Schultz and Charles F. Schultz were most probably relatives.

I tried via friends who live in Sunnyside, just South of Astoria and Woodside, to get info from the libraries in Woodside and the central library in Jamaica/Queens but was not succesful in getting any info about any or both companies at all. Like they never existed... One would need old Queens phonebooks from Woodside and Astoria from lets say 1953-1958 timeframe.

The Franz and the Fransch look similar inside but still different to question the same factory.

Yeah, You would need access to the library and some business to business phone books. A lot of times companies were not in the regular phone book that was delivered to your average household in the United States every year.

You might have to look at property tax records too. Probably a bunch of paper and musty old boxes.

And, just for reference for those who haven’t seen one to compare, here’s my spare Franz topless. 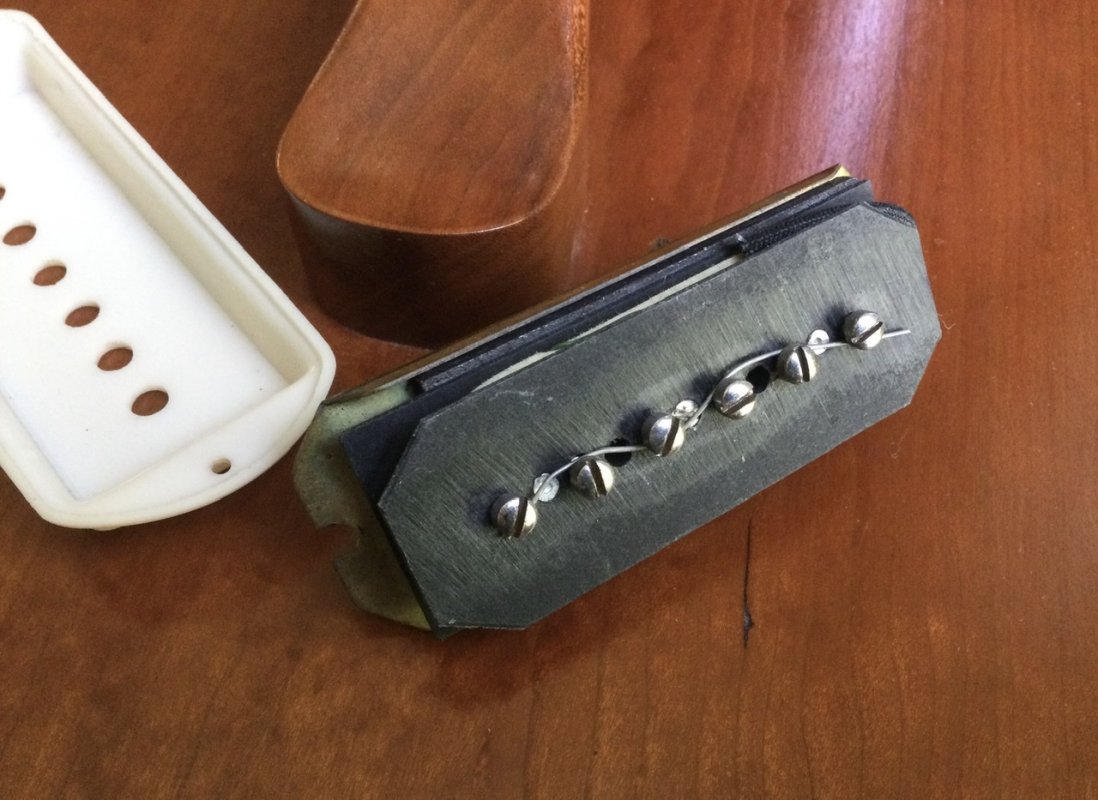 And, a peek at its bottom. 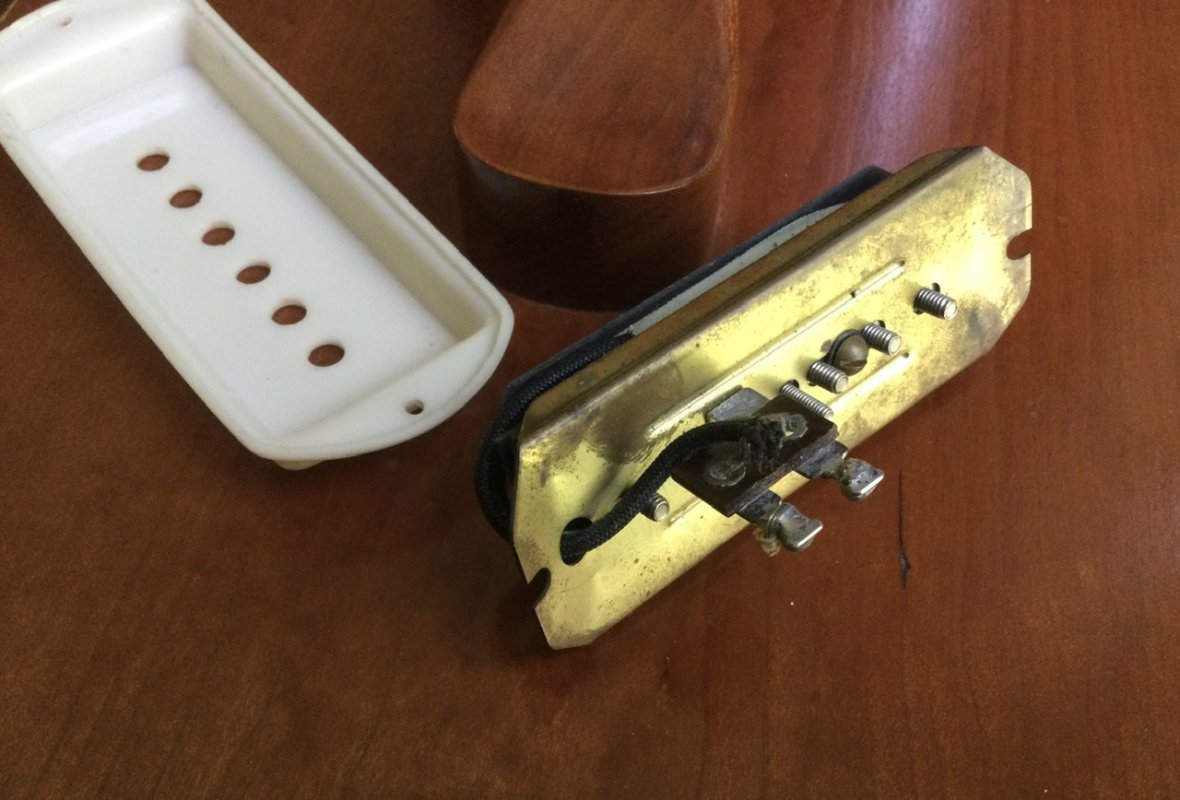 Ok, so Guild picked up the solder lugs idea from Fransch?

AcornHouse said:
And, just for reference for those who haven’t seen one to compare, here’s my spare Franz topless.
Click to expand...