Speculation I know but I was wondering what progress thoughts are on the extent of Denvers impact on Guild's success/survival, at least until the end of the 90's. So you think someone as influential as him all has any influence on new Guild owners having liked into Guild after seeing him playing them on videos?

I hardly knew John Denver existed so he had no impact on my choice of Guild, but what does a bass player's opinion matter? Mrs. Fro. knew enough about him that she has a couple of photos of him in the Green Room at a college concert he played and she attended but decades later when she started playing Guilds she didn't make the Denver connection until F612's became a topic of conversation.

My intuition says that Guild's financial fortunes would have been pretty much the same whether Denver played Guilds or something else. Guild was already established and so one high profile user/endorser was not going to have a huge effect on the bottom line. Even in the 60's Guild's reputation for making the best 12 string guitars in the world was established and Denver was only one of several high profile players using Guild 6's and 12's.

There will always be fans who want the same equipment as a celebrity. But will they be enough to have a significant impact on the bottom line?

If we try to quantify that anyway, in addition to Denver we should probably ask about Tommy Smothers, Richie Havens and Eric Clapton who also played acoustic Guilds. The list gets longer if we get into electric players.

Impact on Guild ... I was thinking he must have left a pretty big impact splash in Monterey Bay back in 1997.

I agree with frono on John Denver. I could see his fans thinking about a Guild if they see him playing one, but no way he would influence their financial fortunes!

IMO, Richie Havens and Barry Gibb are really the only "relatively big" artists that actually played Guild almost exclusively in public. I would argue neither would affect their fortunes - Gibbs signature Guild would have to have been produced in much higher quantities! Others might have done an ad for them, like Clapton, but didn't really play them much. I'm not sure I would count Tommy Smothers as an artist of influence, or Doyle Dykes, or Zal Yanovsky for that matter. This is off the top of my head, feel free to correct me if I'm wrong.

The only artist that could have done this is if The Beatles had actually used the Guild 12-string that was given to Lennon on stage, or in some other public venue, or even in the studio. That would have given Guild some attention, although even that is questionable as to whether it would have affected their fortunes. Certainly Epiphone sold more guitars because of their use of the Casino. But once Dronge handed it John and not George, that ship sailed away. Much more likely George might have actually used it in public, or even in the studio - instead he looks annoyed! 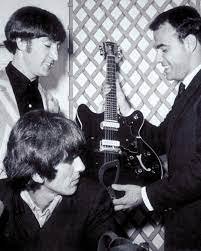 fronobulax said:
My intuition says that Guild's financial fortunes would have been pretty much the same whether Denver played Guilds or something else.
Click to expand...

I agree. Sure, he caused some people to buy a Guild, but the impact on Guild's "success/survival" was likely pretty minimal.
H

What made me gravitate towards Guild were seeing some of my favorite “American Primitive” style guitarists all seeming to play Guilds. Glenn Jones, Daniel Bachman and Joseph Allred among others. I was aware of John Denver, but he had no bearing on my choice.

Heath said:
What made me gravitate towards Guild were seeing some of my favorite “American Primitive” style guitarists all seeming to play Guilds. Glenn Jones, Daniel Bachman and Joseph Allred among others. I was aware of John Denver, but he had no bearing on my choice.
Click to expand...

FYI, Heath, if you don't already know, Glenn is our own LTGer wileypickett!

Glenn, you should charging Guild a percentage!

Brucebubs said:
Impact on Guild ... I was thinking he must have left a pretty big impact splash in Monterey Bay back in 1997.
Click to expand...

You beat me to it Bruce. You're cold; just like me.
H

walrus said:
FYI, Heath, if you don't already know, Glenn is our own LTGer wileypickett!

Glenn, you should charging Guild a percentage!

Oh, I know very well. I feel lucky to call him a good friend. 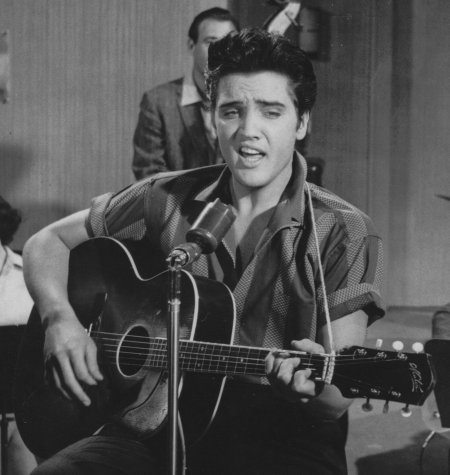 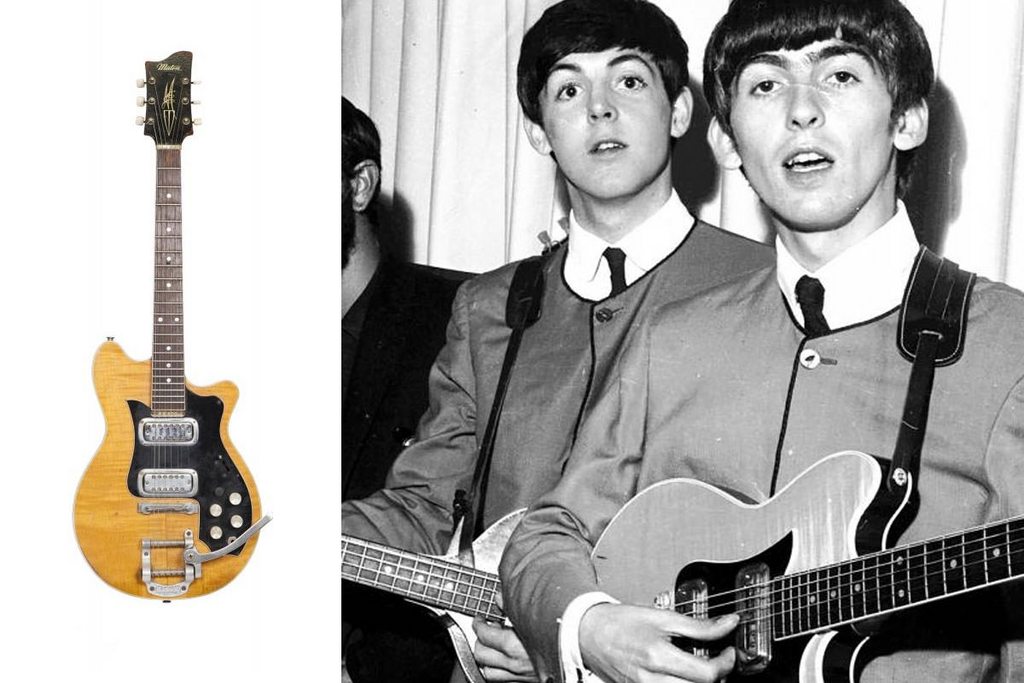 I am one of the people that gravitated to Guild because of John Denver.
There are a lot of us in this category.
With that said, John was drawn to Guild guitars because there were a lot of Folk Musicians playing Guild guitars when he first hit the scene.
Martin guitars have a big connection with Bluegrass Music.
Guild has a big connection to Folk Music and Singer/Songwriters.
T

I only own Guilds because of John Denver. But truthfully I don't think he had any impact on Guild's success/survival.

To echo tommym, Guild sold at least 4 guitars because of John Denver's influence - the four I bought. If it hadn't been for JD's Guilds (and the one one owned by my early 1970's guitar teacher), I might have ended playing a Martin or (horrors!) a Gibson.
S

John Denver influenced my choice of a 12 string but not necessarily a Guild. I played many a Martin and Gibson over the years (and several Taylors later). Some were good and some were not, but I have never played a Guild that I did not like so when Chazmo offered up his G312 a few years back I snapped it up promptly. It has kept me happy for several years now.
P.S - Lonesome - I do not believe I have ever seen the F30. I may have to rectify that .
S

Hmm, I thought Gord mostly played and plays Martin and Gibson, I for sure remember pictures of him and a gibson 12 string

Richie Havens at Woodstock sealed the deal for me.
W

Well judging by the responses I'd say he definitely had an impact, and thanks to this thread I've been introduced to Glenn Jones, right up my alley! Watching the Tiny Desk!

steve488 said:
John Denver influenced my choice of a 12 string but not necessarily a Guild.
Click to expand...

My choice of a 12-string was definitely because of Guild's reputation, but not necessarily John Denver's.

7GuildsandanSG said:
Richie Havens at Woodstock sealed the deal for me.
Click to expand...

No doubt Richie Havens AND John Denver make me proud to own Guilds, but it was really Guild's 12-string reputation that got me into Guilds. Originally, I always dreamed of a Gibson J45. After getting my F50R, I never looked back.
You must log in or register to reply here.
Share:
Facebook Twitter Reddit Pinterest Tumblr WhatsApp Email Share Link
Top