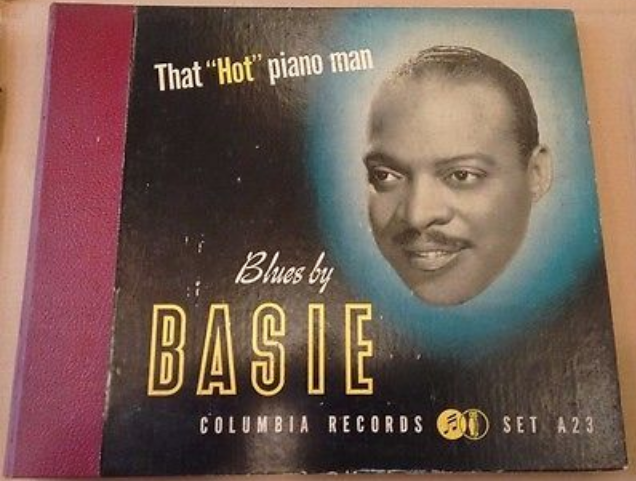 Unfortunately one of the four disks in the set was broken. I wish the stores wouldn't leave the 78s out with the vinyl. They always get broken. They are just so fragile, and very few people are used handling them anymore.

It took a while to clean up the disks once I got them home. Using my collection of witches' brew solutions, some especially for 78s, a variety of brushes, and my vacuum record cleaning machine, I have restored the three non-broken disks to playable condition. The sound is not too bad considering the abuse the poor shellac has suffered over the years.

Anyway, the album features the (acoustic) Jazz guitarist, Freddie Green, who was part of Basie's rhythm section for fifty years or so and who, of his own choice, took few or no solos. There might be only one solo by him on any known recording, a live recording in which Green's solo was laid down when Benny Goodman, leading a jam session of players from his own band, Ellington's band and Basie's group, unexpectedly called on Green to take a solo.

He was a master of comping - as his Wikipedia article says, rapidly changing chords, often with every beat, rather than every measure - an integral part of the rhythm section fusing with the drums and the bass, but especially the drums, propelling the groove forward.


You should never hear the guitar by itself. It should be part of the drums so it sounds like the drummer is playing chords—like the snare is in A or the hi-hat in D minor.​
And he is hard to hear. He becomes part of the texture.

Sugar Blues - he does a little fill near the very beginning and then steps back to comp.

St Louis Blues - he stays entirely in the rhythm section. 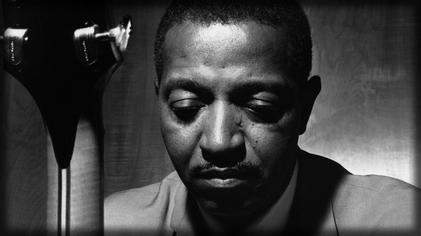 Thanks for this nice music and all the info (guitars and playing "philosophy")... Damn cool ! Bernie

Bernie said:
Thanks for this nice music and all the info (guitars and playing "philosophy")... Damn cool ! Bernie
Click to expand...

Another player with a similar philosophy was Eddie Condon, another comping wizard. I have some recordings of him under his name as band leader, but there are no guitar solos to be found anywhere as hard as you might listen.

That's the Stuff! Great save, Thanks

Great stuff, thanks.
Robben Ford is a big Freddie Green fan, and advocates his style for comping behind songs.
Simple, three note chords--root, seven, three, and steady steady steady.
I was fortunate enough to hear, once, the Basie band with Freddie Green. Duffy Jackson on drums.
The band was amazing in the way they could go from all 18 pieces playing full bore, and in one beat, drop to Freddie, bass and drums, Duffy on brushes, and Basie tinkling the piano.
And you could hear Freddie playing.
Amazing dynamics.
I got to shake Basie's hand, after the show.
A great memory.

There is a large crack running from edge of the record into the label. The edges of the crack do not line up perfectly flat so if I were to try playing it, it might rip the stylus off the cantilever. Note also the organic contamination on the record. Sadly this one, the broken one, has less grunge on it than the others.

If it were a really rare and irreplaceable record, I might go through the tedious and laborious process of gluing up the crack with white glue (sort of like a guitar top), clamping it flat (gently), then after the glue sets, performing glue removal surgery groove by groove, and then finally ploughing the record repeatedly with an old steel stylus. Fortunately the record is neither rare nor irreplaceable. Nor is it particularly valuable (apart from the cool music on it). So I am not tempted to go anywhere near this rabbit hole. 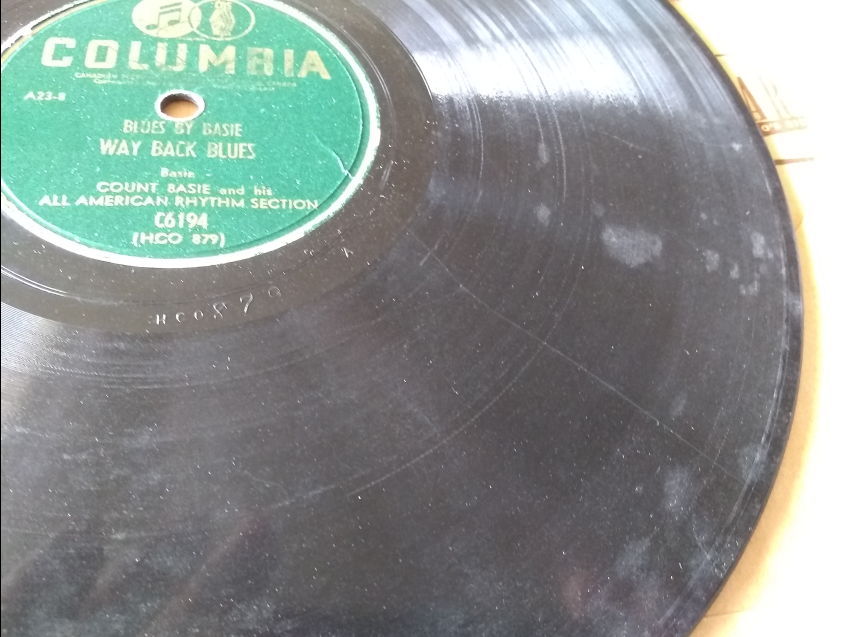