It's about his wonderful Guild DD-6MC "Ren" but also has a few updates about what Ren is doing now (after Shadow).

Thanks, Ralf...nice to know what he's doing...especially with NAMM cancelled...a lot of people I won't be seeing this year.

Thanks for posting. Doyle and Ren knocked that model out of the park!

I have a number of Gibson Montana acoustics from the time Ren was there, but this one is special to me because it has a direct Ren connection. The guitar is a 2006 LG-1 (which historically had a ladder-braced top), but under the hood it's actually an LG-2 with an X-braced top. There were twenty of these made for sale in the USA, and I believe another twenty for distribution elsewhere.

I snapped this little sweetie up a few years ago, as back in the day, I'd played an LG bodied Gibson almost exclusively & have always been fond of them. Then one evening, I was watching a video of Ren discussing his time at Gibson, and he mentioned having personally worked on this special LG-1 run, in particular on the tops.

Nothing flashy - it's the most recent guitar I've purchased, and might just be the last ("might" being the key word!). 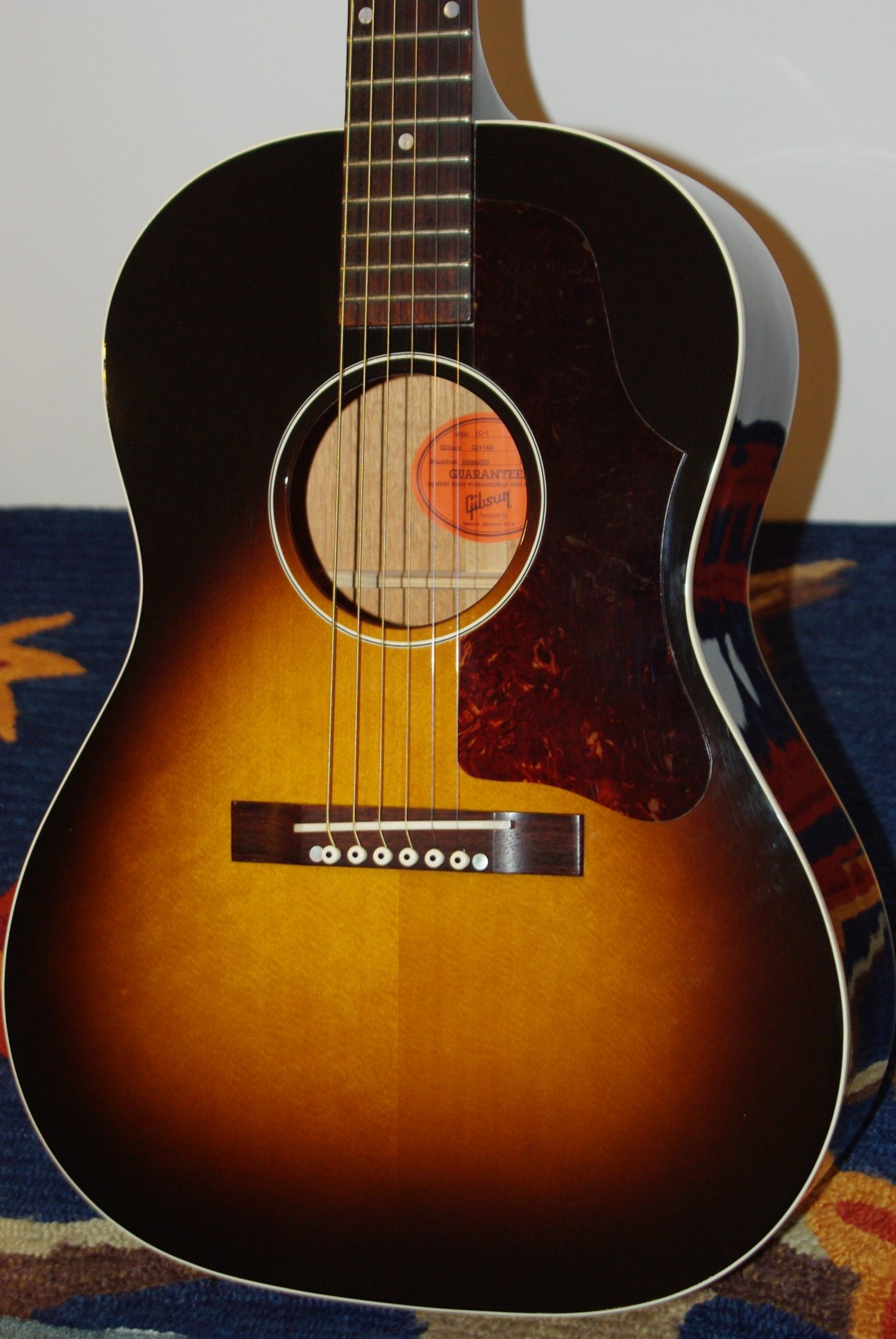