Anyone tune their 12 sting to standard pitch?

I have a Guild F512 and tune a full step down. Would lighter gauge strings allow me to tune to standard? These are the strings that I was looking at trying. D'Addario EJ41 .009 - .045

I've tried to tune to standard with EJ38's (.10's) and I definitely noticed the top and bridge lift. Is this normal? Will the bridge eventually lift off?

I tune down to D because I like the way it sounds. The capo is there if I want to jump up to standard tuning. :encouragement:

To each his own,
Joe
B 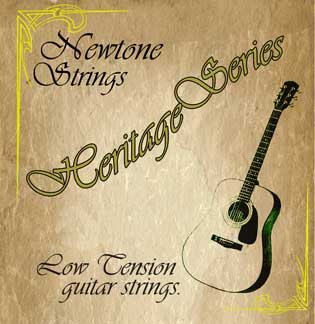 I keep my Ovation 12 in standard tuning. It does have a different bracing pattern, but , if I had a nice Guild 12, I would hope to do the same with it.

i keep them in standard tuning. my luthier said “if u put it away for a while de-tune it”

Mrs. Fro's D-25-12 is always tuned to standard pitch. I think it has mediums on it. It needs to be at standard pitch when she grabs it and since her opinion is that there is no compelling reason to detune she is quite willing not to mess with a capo.

Obviously the underlying question is "Is there a compelling mechanical reason to detune a 12 string?" and in this case her opinion is No. YMMV

I ways used Stanard tuning on 12 string guitars. Only when I moved to NC did folks go crazy about tuning down a whole step and this was from a lot music stores .

I guy got in my face because I was tuning up ta guitar i pulled off the wall to try out , I said dude back up I opened tuned it and I’m just putting it back to where it was . He went on And on finally I said best thing I can you is your facts are wrong and you should sell better quality instruments. Lol

Annnnnd cut , that was that ..

Standard tuning unless put away for a bit.

bones4fido said:
I've tried to tune to standard with EJ38's (.10's) and I definitely noticed the top and bridge lift. Is this normal? Will the bridge eventually lift off?
Click to expand...

WHAT YEAR IS THE GUITAR?
Guild's build techniques and undoubtedly other things like bracing changed over the course of production on those.
They alternated through periods of "built like a tank" in mid '70's to early '80's and periods of "lighter" construction, particularly in late '80's and again in mid '90's until '01, but the F512 was called the JF55-12 during that period.
I have a buddy, original owner of a 1987 (first year) JF30-12, he experienced bridge lift after less than 2 years.
In that case it may have simply been a flaw in gluing the bridge, which is its own known "problem"***.
But in any case ever since the repair he's tuned tuned it down at least a 1/2 step and used silk and steels besides, which I only recently discovered were the original spec for those (JF30-12).
Sure it's not the same model exactly but same body size, and similar construction characteristics will apply.
We've recently seen evidence (owner's manual) that Guild did actually suggest tuning down in the mid-seventies, "IIRC" about the era; but later, by the '90's, was Guild was ok with standard tuning, but had gone to the EJ-38's (.010-.047) Cougar mentioned.
You certainly can't go wrong with those EJ-41's but if you still get bridge lift I'd wonder why.


bones4fido said:
Will the bridge eventually lift off?
Click to expand...

*** AS noted above, yes it's possible but not inevitable.
Guild was unusual in that they didn't install bridges until after instrument had been finished, which meant that there was a masked off "glue pad" left unfinished on the top for the bridge, and the finish extended underneath the edges of the glued-down bridge, creating potential area for the bridge to pull away from the top.
I can say that I've seen far more stories from 12-string owners here of keeping their guitars at standard without problem, than vice-versa.
And of those who do tune down they frequently cite tonal rather than durability reasons.
Last edited: Nov 27, 2018
L

I am the proud owner of a '71 F412 that I bought used in the mid-90's. It has been "through the war". Finish nicks and scratches, binding mellowed to a lovely pale yellow hue. the previous owner played the hell out of it, probably at concert pitch. It has had both a re-glued bridge and a neck reset.

While there are a couple of occasions I have tuned her up to concert pitch, with respect for her age and longevity, it keep her tuned 1/2 step down.

She is still a cannon. Loudest acoustic guitar I have ever played.
Last edited: Nov 26, 2018

I have kept my 12s at concert pitch, including my '64 F-212, usually with .012 on the high e and a wound octave A. It did need a neck reset sometime around its 50th birthday, but that's not unusual for any guitar of that age. No problems with the bridge lifting or any bulges in the top. I do use lighter strings now, but that's due to my aging, not the guitar. 12s always on my 512.
Brad

but that's due to my aging, not the guitar.

(You might already know this, but just in case Bones doesn't
Dual rods were a Guild exclusive and standard on ALL their 12-ers until about '07("IIRC" about the specific year) in Tacoma.
But they don't really have any stabilizing effect on the top or bridge, they only preserve neck straightness and prevent twist resulting from the heavily-imbalanced stress between the treble and bass sides of the neck.
What they did with top thickness and braces, and heelblock depth and such were what I was getting at.
And personally I see Corona as a return to the "built like tank" era, if my D40's any indicator.
So for example if this is a Corona F512, I'd be worried if it was showing top deflection with EJ-38's.
I'd get the braces looked at, see if something's come loose or split to allow that.

adorshki said:
WHAT YEAR IS THE GUITAR?
Click to expand...

Bones, I apologize, I forgot to look at your posts, and see now that it's a 2010 New Hartford.
I can't think of a reason that eJ-38's should cause a noticeable top deflection and hint at bridge lift.
In fact Guild's L350-12 string set spec'd for that guitar were made by D'Addario and are their EJ-38 set.
I'm a little weak in New Hartford knowledge especially about 12-string specs, but at least we know they were designed to use pb .010-.047's, so something's not right.
Suggest you get it to a luthier to check the bracing.
Another thought:
Do you know how to do a neck alignment check?
I do recall a member who went through a lot of stress attempting to get Fender to honor his warranty on a very early New Hartford F-512 whose neck went into re-set territory only 2 years in, I think his was a '10 as well.
(Eventually they did, which says something).
I also recall comments that Guild went to using Tite-bond in New Hartford as opposed to hide glue used in all previous locations.
It might have been the reason for a premature failure of his neck joint or your bridge, because Tite-bond doesn't have the same creep-resistance (resistance to stretching under strain) that hide glue does.
Anyway, that's stuff relevant to your specific build era that could be helpful to know.
:friendly_wink:
Oh, PS: I also remember a report that New Hartford started a practice of counter-sinking the top to mate with a matching pad for the bridge, to eliminate the bridge-lift issues caused by the method described earlier.
Point being, if you're seeing real bridge lift, that's another red flag on such a young guitar, in my opinion.
Last edited: Nov 26, 2018

I have been playing 12's for 47 years and all at standard tuning with some occasional open tunings thrown in. My first Red Label Yammie went 5 years with 12's and the bridge did pull up. Have not had a problem with my GAD or my recently sold Seagull but I do use light strings now. They are a wee bit more gentle on these older digits.

I start off with a .010-.047 set for standard tuning. I go with proportional adjustments to make sets for tuning higher or lower than standard. Many of the great 12 string players from McTell to Ledbetter to Seeger to Kottke tuned very low. OTOH Glenn Campbell recorded in the early 60s using a small Gibson B-25 12 with ultralights tuned a minor third above.

You can find more about what I do in this thread:

I find it interesting how different string makes list the gauge of their 12 string sets.
Some call light gauge what others call extra light gauge.

With that said, my 12 string spends most of it's life in standard,[E to E] tuning.
However lately, I have gone back and forth between E to E and D to D tuning.
I sing a lot of John Denver songs and many of them have become too high for me to sing in standard tuning.
While I prefer to sound of my 12 string tuned E to E, I do compromise for the sake of my voice.